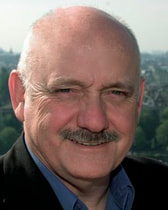 Peter Lavery - President
​Peter Lavery is an Emeritus Professor at QUT where he worked for over 30 years before retiring to Maleny in 2011. Academic leadership roles included Head of both the Drama Department and subsequently the Academy of the Arts. In his final position as Director of QUT Precincts he was responsible for the development and programming of the cultural assets of the University including Art Galleries, Theatres, Old Government House, and the high-spec digital media spaces in the Creative Industries Precinct and The Cube. His background in theatre has involved acting, directing and producing. His professional theatre career includes work with the Queensland Theatre Company, TN, La Boite, The College Players and Sam Wanamaker's Globe Theatre (London). His work in arts education has involved leadership at state and national levels.​ 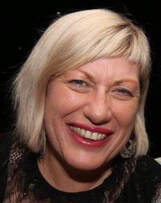 Claire Booth - Vice President
Claire commenced her career as a music and drama teacher in Queensland high schools. She later established a successful career in arts and events management. She was the inaugural general manager for one of Queensland's largest festivals - the Queensland Music Festival and CEO of Queensland’s largest performing arts organisation, the Queensland Symphony Orchestra. She was also the inaugural Director of the Events Coordination Unit, in the Department and Premier and Cabinet, Queensland Government. She consolidated her Australian professional experience when, as CEO of the Orchestral Academy of Europe, she led the company towards establishment of a private higher education orchestral academy in Slovenia, Eastern Europe. She was also the founding manager of the Queensland Literary Awards. Claire nows lives in Maleny and enjoys working with various groups and organisations including the popular Maleny Forums and Celebrating Books, Maleny festival. 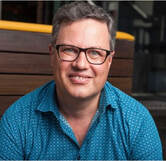 Colin Dunn - Treasurer
​Colin is a Chartered Accountant and runs a consulting business helping accountants in public practice improve their firms. He works with firms in Australia, New Zealand, the United States, Canada, the UK and Sweden. He has sung with The Maleny Singers since 2010. As a schoolboy in England, he sang in the Lancashire Youth Choir and performed tenor solos for that group.
​With The Maleny Singers, Colin has sung the principal tenor roles in six of the group’s Gilbert and Sullivan productions, as well as the roles of Camille (The Merry Widow), Alfred (Die Fledermaus), Paris (La Belle Helene), Don Jose (Carmen), Count Almaviva (Marriage of Figaro) and Tamino (The Magic Flute). Colin lives in Maleny with his wife, a fellow singer and musician, and their two children. 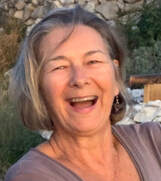 Paula Reid - Secretary
Paula grew up in Sydney where she graduated from UNSW with an Arts degree majoring in English literature and Modern History, followed by a Diploma of Education. Her initial profession in NSW was in teaching. She moved to Queensland in 1982 with a young family. She subsequently changed career direction and graduated from UQ in 1988 with a Bachelor of Social Work. Paula worked in different social work positions in Brisbane, her last one being as the Senior Social Worker in the then newly established Queensland Paediatric Rehabilitation Service, a statewide service that provides coordinated medical and therapeutic services to children and adolescents with a range of disabilities. Paula relocated to Maleny in 2011 following her retirement and has enjoyed a number of volunteer roles since then, including with Maleny’s Celebration of Books. 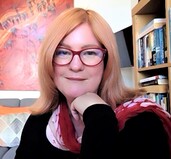 Leanne Dodd - Committee Member
Leanne Dodd is a Queensland-based author and lecturer in the Arts at CQU, with a PhD in Arts and Humanities. Her research work revolves around the benefits of using the Arts to improve health and wellbeing, and she facilitates workshops and retreats in this area. Leanne’s career spans over twenty years of leadership roles in the Creative Industries, including a role in film and television where she was instrumental in raising grant funding to set up a new purpose-built post production facility at the QUT Creative Industries Precinct in Brisbane. She served for six years on the management committee of the Queensland Writers Centre, with two years respectively as Treasurer, Vice Chair then Chair, for which she was awarded a lifetime Quills membership. Leanne now enjoys living in Maleny and continuing her involvement in arts and community organisations. ​ 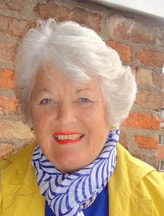 Margaret Taylor - Committee Member
Margaret began her career as a principal understudy for the D'Oyly Carte Opera Company.   She was with the company for two years travelling extensively throughout the UK and the USA.   She then became a member of the English National Opera Company, at the London Coliseum in St Martin's Lane where she remained for five years as a principal soprano, singing 25 major roles in London and the provinces.   Since leaving the ENO, she has made a feature film of the Barber of Seville singing the role of Rosina, made several recordings with the London Concert Artists with whom she was the leading soprano. She has performed in many international cities around the world including, Johannesburg, Amsterdam, Brussels, and Brisbane. She now enjoys life as Director of The Maleny Singers, and the Maleny Performing Arts Orchestra, whom she also conducts. 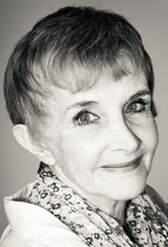 Margery Forde - Committee Member
Margery is a Queensland based actor and award-winning playwright. Her experience spans many years working with theatre companies and communities throughout Australia. With Michael Forde, Margery has co-written numerous works for theatre companies and festivals throughout Australia. Margery and Michael’s work is the subject of a Doctoral Thesis by Dr. Brent Downes “From life, to page, to stage: Exploring theatrical artistry, community and storytelling with Margery and Michael Forde.” As an actor Margery has appeared in numerous musicals including performances with Queensland Theatre and the Brisbane Shakespeare Festival. Margery has received the Trust Award for Excellence for Outstanding Contribution to Theatre in Queensland and Australia, the Playlab Award for Services to New Work in Queensland and the Centenary Medal for Services to Queensland Theatre. In 2015 Margery and her husband Michael received the Alan Edwards ABF Lifetime Achievement Award for their work in theatre. Margery now enjoys living in Maleny and continuing her involvement in theatre and musical pursuits. ​
​