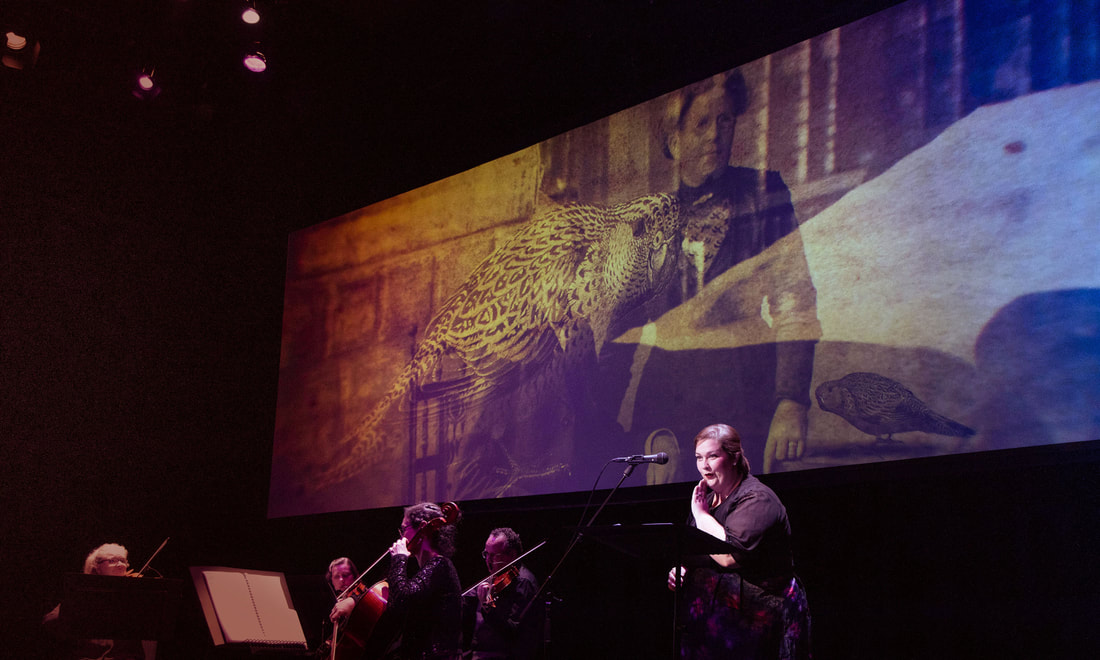 Music and conservation unite to tell the enchanting story of one of the world’s most elusive birds through an intimate night of chamber music.

For nearly a century, the night parrot was believed to be extinct. That is until recently, when the species was sighted nestled amongst the spinifex in regional Queensland. Now, the extraordinary story of this mysterious bird is being shared through music, with a commissioned work by revered Australian composer, Jessica Wells.
​
Inspired by the melodic and haunting call of the night parrot, this chamber concert features soprano Morgan England-Jones and the Acacia Quartet to evocatively convey the plight of this unique species. The Night Parrot was first commissioned by QMF and Bush Heritage Australia for the Queensland Music Festival in 2019, under the artistic directorship of Katie Noonan.

Meet the artists at drinks on deck after the performance.

​The Night Parrot is presented by the Maleny Arts Council and Sunshine Coast Chamber Music Festival in collaboration with QMF.​
IN CONVERSATION: THE NIGHT PARROT
Ahead of The Night Parrot performance, you can hear the intriguing story behind the work's creation in an hour long discussion with Jessica Wells and Craig Wilkinson. Ken Cross, Convenor, Birdlife Australia, Sunshine Coast will join the artistic team to share the importance of the bird’s rediscovery. ​FREE EVENT.  For more information CLICK HERE ​
THE NIGHT PARROT POGRAM
Welcome to Country - Kabi Kabi and Jinibara Traditional Owners
SIRIN - Vocal Ensemble
Acacia Quartet & Morgan England Jones

This project was made possible by the Australian Government’s Regional Arts Fund, provided through Regional Arts Australia,
​administered in Queensland by Flying Arts Alliance.